The Assam Official Language (Translation of Central Laws) Commission was set up in the year 1987 vide Government Notification No. LGL.187/78/pt-I/46 dated Dispur, the 21st February, 1987. The Commission is under the administrative control of the Legislative Department.

The staff of the Commission are as follows:- 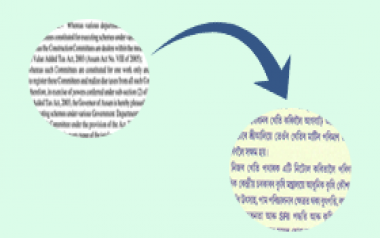